Why Do We Need Libraries?

Librarians are often asked, "Why do we need libraries when information is so freely and easily accessible"? One reason is that information has no value if we cannot distinguish between fact and fiction, such as fake news. Librarians are experts in identifying inaccurate information sources and they can teach you to become a savvy information user as well.

According to the Association of College and Research Libraries (ACRL), information literacy is a set of abilities requiring individuals to "recognize when information is needed and have the ability to locate, evaluate, and use effectively the needed information" (2017, para. 3).

The Importance of Credible News Sources

Fake news is not a new phenomenon; however, it has become a contentious topic especially during the US presidential campaign and election of 2016. Below are some reasons why it is important to ensure that you are using credible and accurate news sources.

Decisions should be based upon truth - You can make sound decisions as long as you have the real facts. For example, if you want to buy stock in a company, you want reliable information about that company so you can invest wisely. If you are planning on voting in an election, you want to read accurate information about a candidate so you can vote for the person who best represents your ideas and beliefs. Fake news will not help you make money or make the world a better place, but real news can.

Fake news destroys credibility -  If your arguments are built on false information, it will be much more difficult for people to believe you in the future.

Fake news can harm your health - For example, purveyors of fake and misleading medical advice can help perpetuate myths like HIV and AIDS aren't related, or that vaccines cause autism. These sites are heavily visited and the misinformation can be dangerous.  (Indiana University East, 2017)

Fake news: It seeks to supplant the news, to sway its audience into believing all sorts of untruths and conspiracy theories, the more bizarre, the better. Fake news is not a humorous comment on the news (Pitts, 2016).

Satire: Sources that use humor, irony, exaggeration, ridicule, and false information to comment on current events. Satirical news can be as seen on shows like "Saturday Night Live" and "This Hour Has 22 Minutes" (Penn State University Libraries, 2017).

Post-truth: Relating to or denoting circumstances in which objective facts are less influential in shaping public opinion than appeals to emotion and personal belief. (English Oxford Living Dictionaries, n.d.).

Fake News: Read All About It! 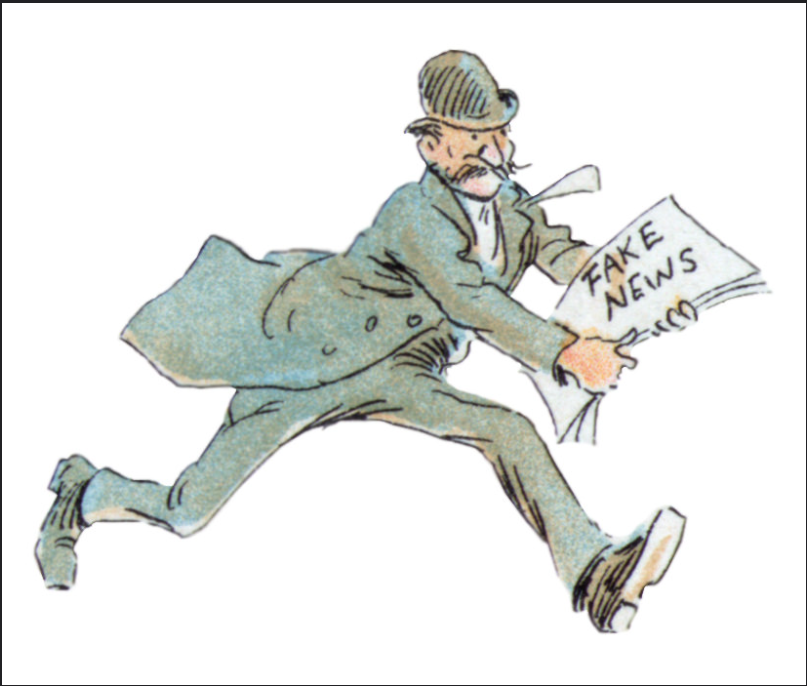 In previous decades, most news with global reach came from several major newspapers and networks with the resources to gather information directly. The speed with which information spreads now, however, has created the ideal conditions for something called circular reporting. Noah Tavlin sheds light on this phenomenon. Closed captioning is available.

There are four broad categories of fake news, according to media professor Melissa Zimdars of Merrimack College.

CATEGORY 1: Fake, false, or regularly misleading websites that are shared on Facebook and social media. Some of these websites may rely on “outrage” by using distorted headlines and decontextualized or dubious information in order to generate likes, shares, and profits.

CATEGORY 2: Websites that may circulate misleading and/or potentially unreliable information

CATEGORY 4: Satire/comedy sites, which can offer important critical commentary on politics and society, but have the potential to be shared as actual/literal news

No single topic falls under a single category - for example, false or misleading medical news may be entirely fabricated (Category 1), may intentionally misinterpret facts or misrepresent data (Category 2), may be accurate or partially accurate but use an alarmist title to get your attention (Category 3) or may be a critique on modern medical practice (Category 4.)

Some articles fall under more than one category.  Assessing the quality of the content is crucial to understanding whether what you are viewing is true or not. It is up to you to do the legwork to make sure your information is good. (Indiana University East, 2017)