It looks like you're using Internet Explorer 11 or older. This website works best with modern browsers such as the latest versions of Chrome, Firefox, Safari, and Edge. If you continue with this browser, you may see unexpected results.

This guide is intended to provide background, information, and resources on the process and framework of Evidence-Based Decision Making (EBDM)

Looking for an eBook?

NSCC has access to over 200,000 eBooks. You can find information on how to download eBooks to devices on our eBook Guide.

Type in a title or search term in the box below to locate relevant eBooks.

What is Evidence-Based Decision Making?

Evidence-Based Decision Making (EBDM) is the idea that good quality decisions require both critical thinking and the use of best available evidence. When evidence is not used the result is decisions that rely on unfounded beliefs, fads and fashions, and the unsupported though popular ideas of people in the field. (Barends & Rousseau, 2018).

The starting point for EBDM is  that decisions need to be based on a combination of critical thinking and the best available evidence.  (Barends & Rousseau, 2018). Evidence can include information, facts/data, assumptions, hypothesis, organizational data, policies, etc. Often in business decisions are made on so-called "best practices" and the success stories of famous CEOs - EBDM looks to address this by helping decision makers critically evaluate the validity, generalizability and applicability of the evidence in hand and how to find the "best available" evidence. (Barends & Rousseau, 2018). 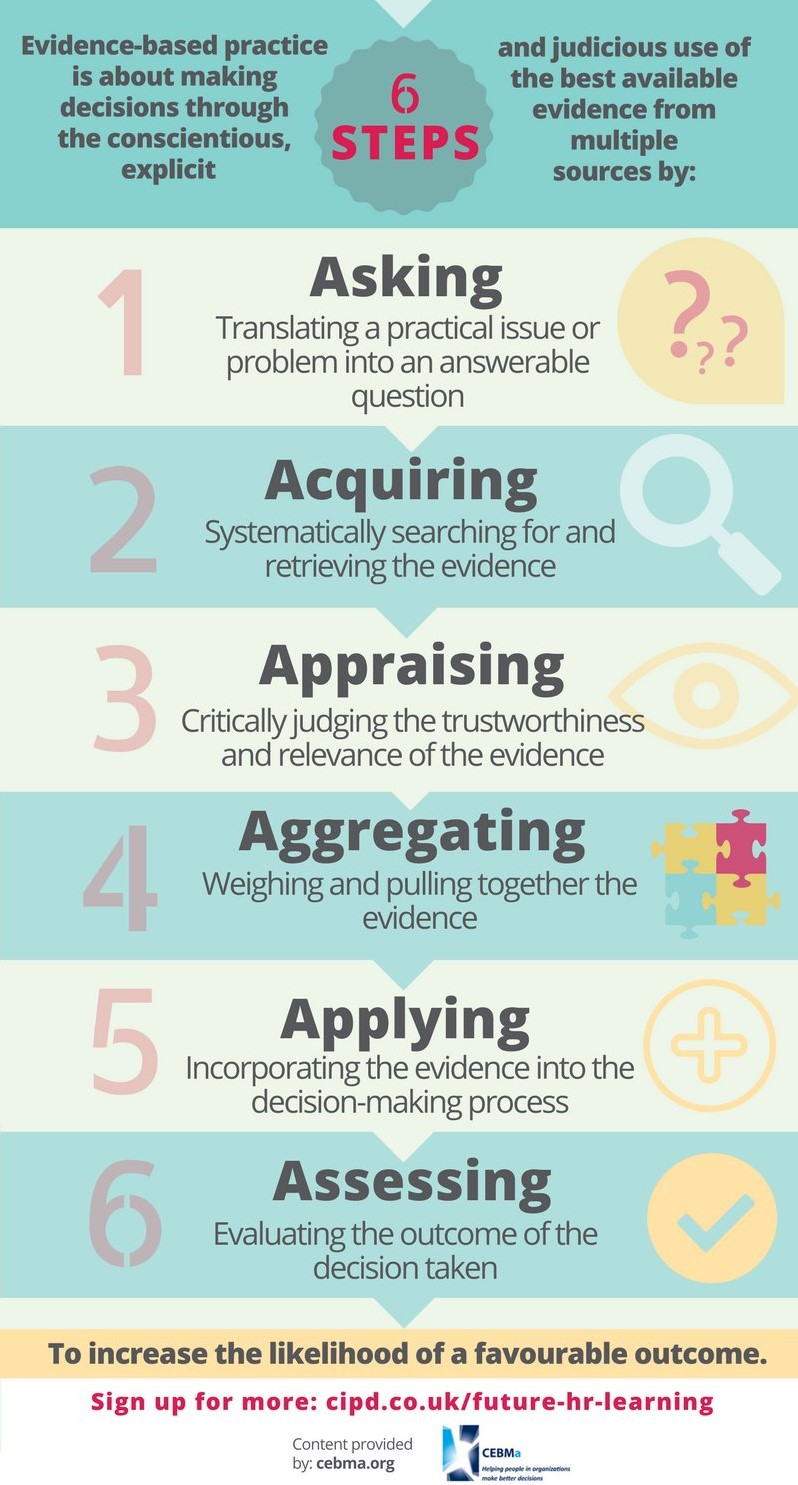 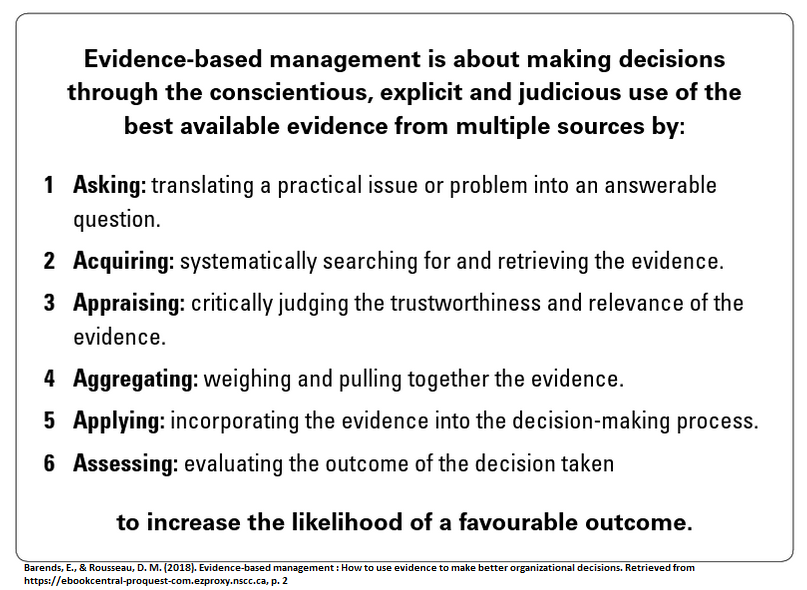 When examining evidence using the EBDM framework there are 4 main areas to check out: